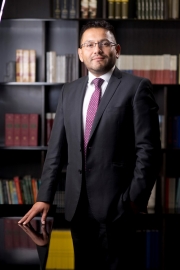 He began his professional career in 2002 at the firm Estudio Castillejo y Abogados as Manager of the Legal Area. In 2005, Felipe joined the General Council of the Peruvian judicial authority where he advised and drafted legal reports about both labor and administrative issues. Afterwards, he became supervisor of disciplinary labor proceedings and advisor of the labor inspection in different courts.

In 2006, he joined the firm Estudio de Abogados Altuve-Febres & Dupuy. This firm merged in 2009 with the Estudio Ugarte del Pino that in 2014 reached an agreement with ONTIER for creating our current firm, ONTIER PERU. Felipe currently offers advice to different companies in labor and social security issues. Likewise, he drafts reports about both constitutional and labor issues.